Why I Chose Not to Breastfeed Atlas

Breastfeeding is made to seem so simple and natural and easy, but it is quite the opposite of all of those things. It is beautiful and special, but it’s also complicated and can be such a different experience for every single mom. 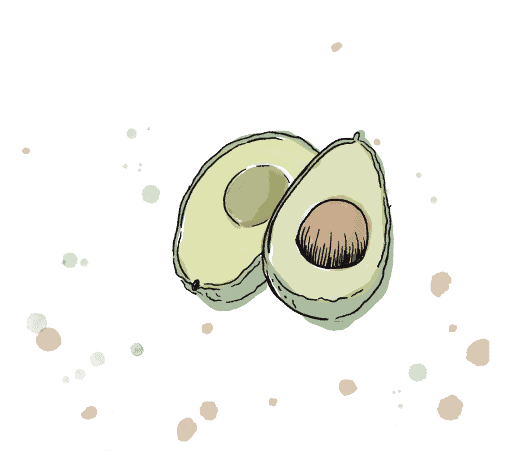 Why I Chose Not to Breastfeed Atlas

The topic of breastfeeding should seem so simple and natural and easy, but it is quite the opposite of all of those things. It is beautiful and special, but it’s also complicated and can be such a different experience for every single mom. The best advice I was ever given was from our co-founder and my friend and nutritionist, Jess Diamond. I was in the hospital and had just given birth to my third baby, Atlas, and I had a two-year-old and a one-year-old at home waiting for us. I was soaking in those precious moments of having just birthed Atlas and getting to hold him, when that familiar feeling of anxiety and fear crept in that I would “have to” breastfeed again. For the first couple days I breastfed Atlas, because it didn’t feel like there was any other choice while in the hospital, and I was going through the motions, just like I did with my other two babies.

It wasn’t the exhaustion of waking up in the night that I necessarily dreaded, which is a beast in and of itself. It was the oh-so-recent feeling of cracked and bleeding nipples, the piercing pain, and the struggle to make a good latch. It was the mastitis, the fear of not producing enough milk for my child, the pressure from consultants, the outside judgment, and of course, the constant question I got asked by what seemed like everyone who walked into my hospital room, “Are you exclusively breastfeeding?,” only to check off a box on their paperwork.

I faced other personal fears that began to creep in. I thought about my two toddlers running around at home and my husband who couldn’t walk because he tore his Achilles and broke his ankle just three weeks prior. I also had a whole separate dilemma to think about which actually prompted my phone call to Jess. I knew from the start that a month after the birth of Atlas, I would have to stop breastfeeding in order to prepare for my breast implant removal surgery. I wondered if this pain and struggle was worth it for just one month, knowing that I would soon have to turn around and quit; which is not just physically taxing, but emotionally taxing. Believe me, I’m the first one to say “I can do this” – but not this time.

I remembered when I was breastfeeding Luca, our now one-year-old, I made the difficult decision to stop breastfeeding after three months. I was having to solely pump, and we started traveling once he was only two weeks old. By the time he was one month old, Luca was a pro at traveling and sleeping overnight on the tour bus, planes, you name it. But breastfeeding and latching was just not something that came easy for him (or for Olivia, our first child). I had talked to specialists across the country, tried every nursing pillow and position and all the professional suggestions, and my babies would just toss and turn on my nipples! This resulted in a really painful breastfeeding experience that ultimately led me to exclusively pumping and bottle-feeding. Since Luca was my second go-around, I had the experience to know that it was probably time to switch Luca to formula earlier. And formula wasn’t new to him: Luca was and still is a big eater, so we were having to supplement with formula anyway.

But for me, the total transition to formula and “quitting” breastfeeding was hard for me to actually pull the trigger and do, even though I knew I was ready and even though I preach to my friends and social media followers that there is no shame in using formula. Despite what I said, I realized in that moment, there was a lot of shame around formula-feeding for me. But why? At least for me, as soon as I had Atlas, every nurse came in and asked if I was “exclusively breastfeeding.” While it’s great that the medical community shows so much support for breastfeeding, I knew breastfeeding wasn’t the right choice for me this time. Even when I made the decision to use formula I had to reiterate my choice multiple times and explain myself, which no one should ever have to do, especially as a vulnerable new mom having just given birth. I felt as if I was fighting for this choice, and it seemed they had to go dig up some formula in the back closet because it was so out of the norm. These interactions, while well-intentioned, made me feel ashamed about my choice. Our culture has made it feel like if you don’t breastfeed your baby, you’re failing and that it’s the only option. I realized, there’s not nearly as much support around formula feeding, which is what I desperately needed, and I realized that, at the end of the day, it is not nearly as normalized as I thought it was.

This is why it was so hard for me to give up breastfeeding Luca, even when it came with so many challenges personally. For one, I could barely produce enough milk for him initially, and soon, we would be on tour, traveling to  a new city every day. I was pumping around the clock, and as a result, not getting enjoyable quality time with my kids because I was pumping, feeding again, washing the bottles and pump parts, and then doing it all over again – all while dealing with postpartum hormones and another toddler running around – it was hard. Even though I knew that he would be okay with so many great formula options, that I would lose my baby weight faster (I hang onto baby weight until I stop breastfeeding), and that it would be so much easier to share feeding responsibilities with my husband, I still had the hardest time giving up on breastfeeding emotionally. It made me realize how our hormones after birth are really powerful and these hormones – and the guilt – had a stronghold on me. Even though I knew formula-feeding was right for me and my family, I just couldn’t rip the Band-Aid off. After a few days, I finally took the leap and switched to formula.

So after having Atlas, after experiencing what I did with breastfeeding my first two kids and (not so long ago), and my new realities, I knew I had to confront it and make a decision sooner rather than later. That’s when I texted Jess – she gave me magical advice at the moment I needed it most, and allowed me to finally feel ready to confidently switch to formula.

Jess told me, “A happy mom is a happy baby.” Hearing that phrase gave me a sense of relief: I had permission to put myself first. And I knew that prioritizing myself meant that I could be my best self for not just my newborn, Atlas, but also for Liv, Luca, and my husband, Tyler. Jess and I discussed formula options, and within minutes, I had gone on Amazon and ordered formula (our favorite, Kabrita) to be delivered by the time we got home from the hospital.

I was lucky enough to have several others who supported my switch to formula-feeding. Katie, our nanny, reminded me via text that “Fed is best!,” and a few of my closest confidantes encouraged and loved me through the decision. And I was lucky enough to work closely with a postpartum nurse who had seen firsthand how much I struggled while breastfeeding Luca and who emphasized the importance of doing what actually works for our family.

And Tyler was the biggest advocate and cheerleader of all, especially since it made the most sense for our life circumstances and he just wanted what was best for me. He had witnessed what a struggle breastfeeding had been for me and our babies, and he was happy he could help with the feeding, especially since it was a way he could contribute to the household as he recovered, unable to walk on his ankle. Feeding Atlas his formula strengthened their bond, which wasn’t something he could enjoy as much when I was breastfeeding our other kids.

I was lucky to have this support network because, when I explained my decision to some others at the hospital, I was definitely hit with some pushback and lots of questioning. So without my support network, it would have been much harder for me to stay confident in my decision about the switch to formula.

So, I tell my story in case you’re also dealing with some shame and judgment like me around breastfeeding and formula-feeding, or around something completely unrelated like taking some solo time away with your partner. No matter what it is, I encourage you to speak your mind and advocate for what you really want. Don’t let someone else decide for you – only you know what is best for your body, your baby, and your family. Remember what Jess said: a happy mom (or dad) makes for a happy baby. Think of prioritizing yourself as an act of love for your whole family – because that’s exactly what it is.

For more on Hayley’s breastfeeding and formula journey and all the basics you need to know about feeding your growing baby, check out these other resources:

And make sure to take our Feeding Your Baby Solids course once your baby is 3 months or older. Trust us, it will be the best money and money spent.

We started Meaning Full Living™ to build a community where all parents could access the expert knowledge and resources that have been so important to us and our families.
Welcome, we’re so happy you’re here!